The ‘moneyball’ approach to business hiring

Great coaches not only consider an athlete’s talent and heart when they’re building a team, but they consider group dynamics too. It’s not just a matter of getting the fastest, strongest, and smartest players on your side. If you’re building a championship team, you’re gauging how the individual athletes fit together; and how their personalities, talents, drive, and abilities will mesh to meet the team’s goals. It’s exactly what you need to do to build a winning corporate team.

In the 2011 film Moneyball, Coach Billy Beane picks his players based on analysis and evidence. He doesn’t ever just “go with his gut.”

We live in a 21st-century economy where speed and efficiency is a top priority, and that often means a ‘shoot first, ask questions later’ mentality. But you get the team that you plan for, not necessarily what you pay for. If time is money, then invest it in creating and building a championship team.

J. Allan McCarthy, principal of J. A. McCarthy & Affiliates, has more than 20 years of experience with over 200 companies across 15 industries building high performance organizations. He is the author of 'Beyond Genius, Innovation & Luck: The "Rocket Science" of Building High-Performance Corporations and The Transition Equation: A Proven Strategy for Organizational Change'. For more information visitwww.mccarthyandaffiliates.com Customers are becoming more demanding, and often have more options to choose from than before. At the same time, perceived switching barriers – the inconveniences of changing suppliers – are being reduced. Managing your customers in tough times

When times are good and your company is growing, you tend to focus on increasing market share or targeting new markets, and it’s easy to forget about your customers. 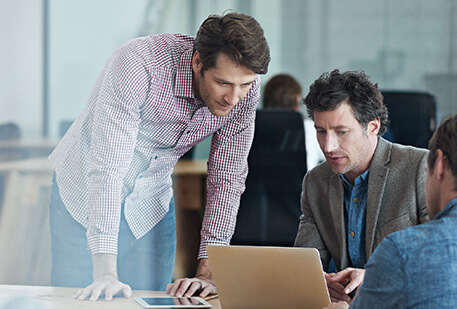 Management series: how to manage employees who mis...

If you eliminate time-wasting and account for unexpected diversions, 99% of missed-deadlines are missed because their plan was no good in the first place...